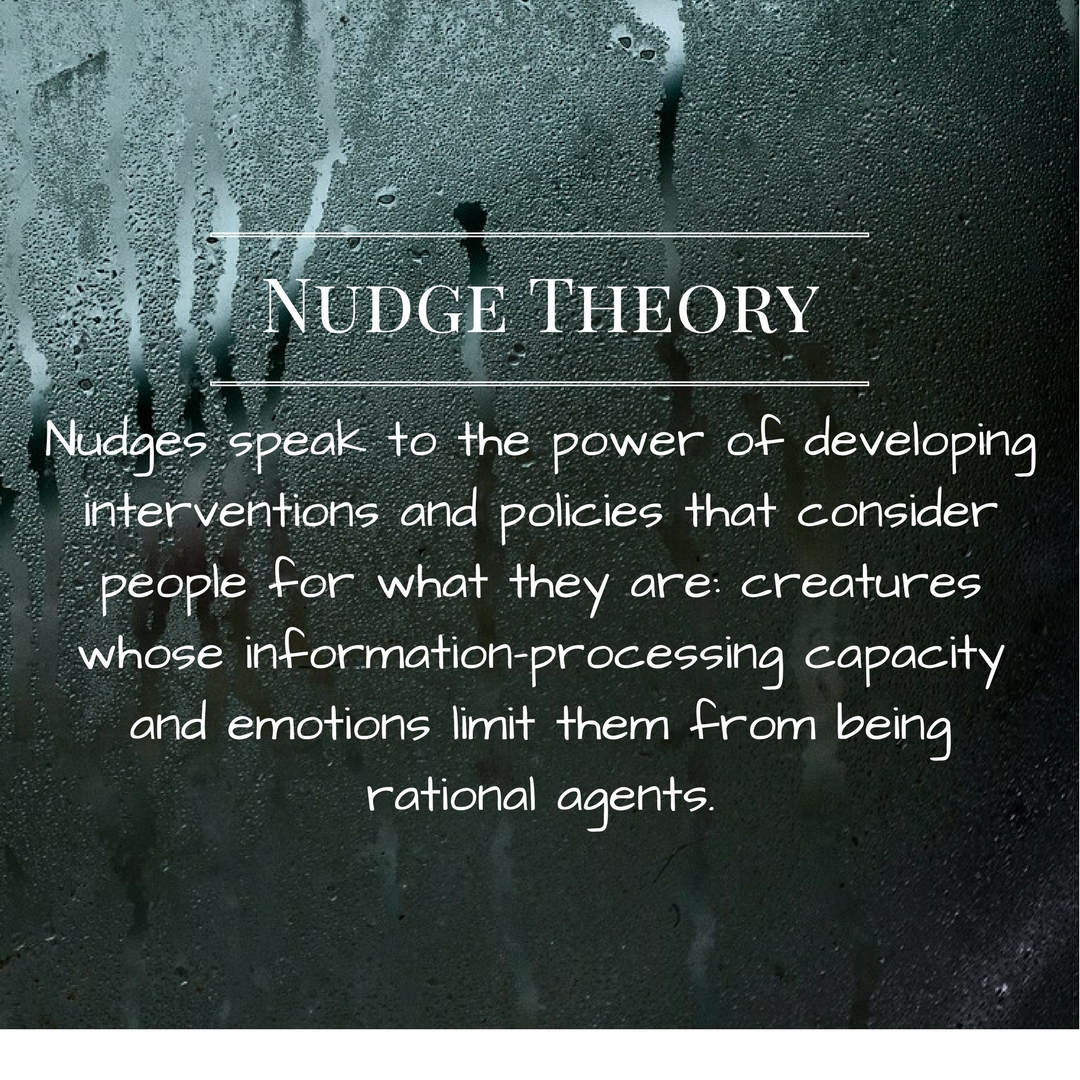 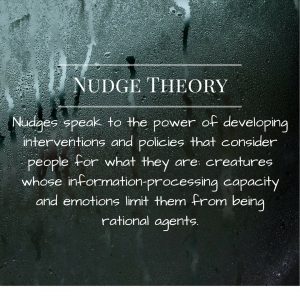 Nudge Theory: ‘any aspect of the choice architecture that alters people’s behaviour in a predictable way without forbidding any options or significantly changing their economic incentives’ (Thaler and Sunstein,
2008: 6)

Public policy has often relied on assumptions of rationality when accounting for human behavior, which has led to suboptimal policies in the past. For example, citizens are sometimes bombarded by mass-media campaigns (designed to decrease smoking, increase seat-belt use, etc.) that assume they will be able to process an onslaught of messages to their best advantage. But such campaigns often have not worked, and may even have backfired at times.

Over the last decade or so, insights from behavioral science have been applied to public policy issues such as tax payments, medical decisions, consumer health and wellness, and climate-change mitigation. Consider work conducted by the Behavioural Insights Team (BIT), an organization set up in the United Kingdom to apply “nudges” to improve government policy and services.

Nudges are ways of influencing choice without limiting the choice set or making alternatives appreciably more costly in terms of time, trouble, social sanctions, and so forth. They are called for because of flaws in individual decision-making, and they work by making use of those flaws. (Hausman & Welch 2010: 126)

Here’s the problem. Unlike persuasion, which involves appeals to an individual’s ability to reason, digest new information and engage in systematic information processing, and thereby to embrace different beliefs and preferences, nudging involves attempts to influence behaviour in a way that precludes reflection about the pros and cons of alternative courses of action. There is no reflection. It’s guilt or social social pressure.

Why the U.S. Government Is Embracing Behavioral Science 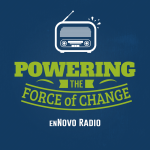